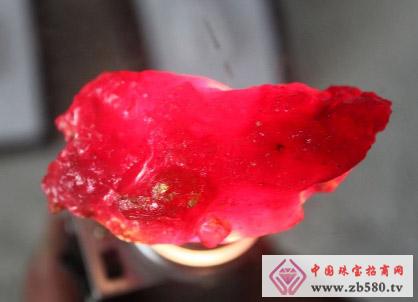 The place where the origin is Myanmar's red ruby â€‹â€‹is not a sign of the top pigeon blood. The true blood of the pure blood is produced in a mining area in Myanmar. This mine is called Mogok. The official name of Myanmar is UnionofMyanmar, also known as MogokStoneTract. Before 1972, Sri Lanka's English name was Ceylon, and later changed to SriLanka, so many certificates would indicate Ceylon when the origin was indicated, but I saw that it meant Sri Lanka.

In fact, the top pigeon blood is "not clean" inside. Ruby crystals in the Mogok region have characteristic inclusions: â€œsyrupâ€ and colorless crystal inclusions. There are these inclusions, so that there will be a "burning" feeling. "Syrup" means red like a syrup stirred in water, spreading throughout the gem, like a flame. Then, many colorless crystal inclusions are like flashing sparks in the flame. Put the top pigeon blood ruby â€‹â€‹in the darkroom and illuminate it with spotlights, and the gems seem to burn.